All the fuss & guff on carbon 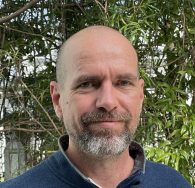 Professor Don Butler is an ecologist and biogeographer working to improve landscape management through evidence-based policy, regulation, and market-based incentives. Don worked for many years inside the Queensland Government on biodiversity information and its application to land management issues such as tree clearing policy and regulation. He has been closely involved in the development of carbon farming in Australia since 2011, including as inaugural Chief Scientist in Queensland’s Land Restoration Fund where he developed standards for verification of co-benefits from carbon projects. Don is currently  at the Australian National University supporting the Commonwealth Government’s development of biodiversity stewardship initiatives for Australian agriculture, including delivery of environmental planting programs for carbon and biodiversity, and Australia’s farm biodiversity certification scheme.